Our company was certified by the German company named “der Grüne Punkt” and received the certificate of compliance climate, which is given when contributing to climate protection using recyclable packaging. The company “der Grüne Punkt” was established in 1990 and has streamlined its national packaging recycling system. Today is undoubtedly the market leader among other compliant systems in Germany. 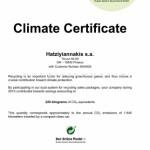 According to the quantity of recyclable materials received, the company “der Grüne Punkt” estimates the equivalent amount of carbon dioxide that is not passing through the atmosphere.

Our company contributed to saving 220kg of carbon dioxide, that in case of not using cardboard packings this amount wound resultant to the environment.
This quantity corresponds to the annual emissions of carbon dioxide by a car that has travelled 1645Km.

Think about how vital our contribution is to saving energy to the environment using simple cardboard packaging instead of plastic! Let’s try to incorporate this mentality in our everyday life, meditating on the sustainability of people who will come after us. 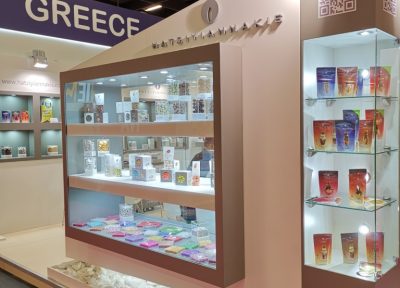 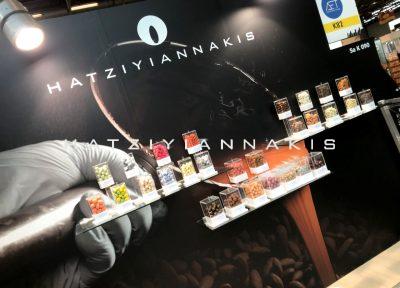